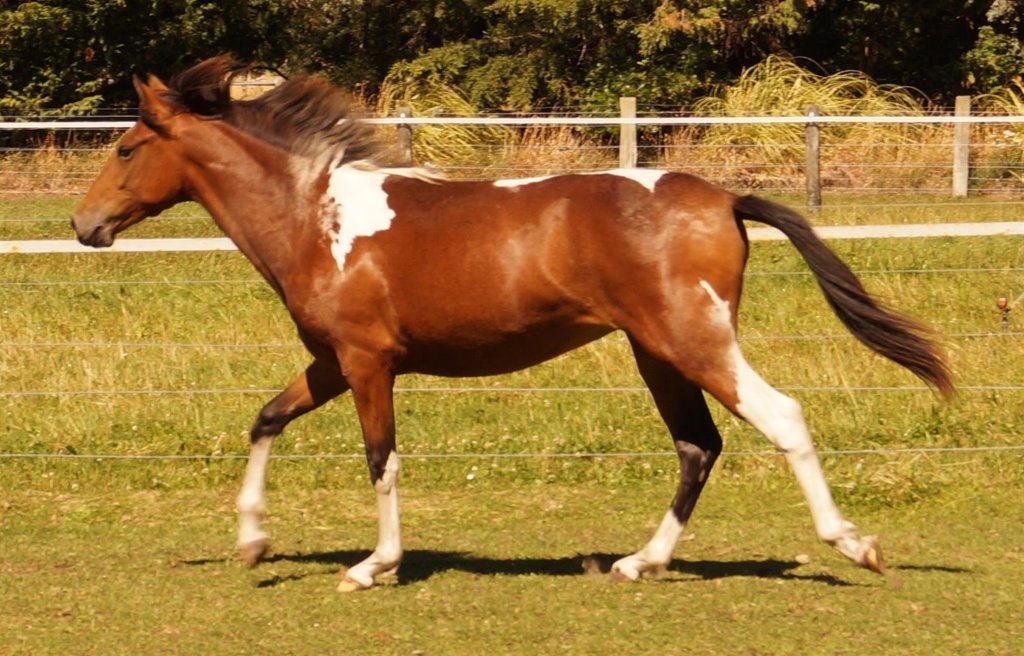 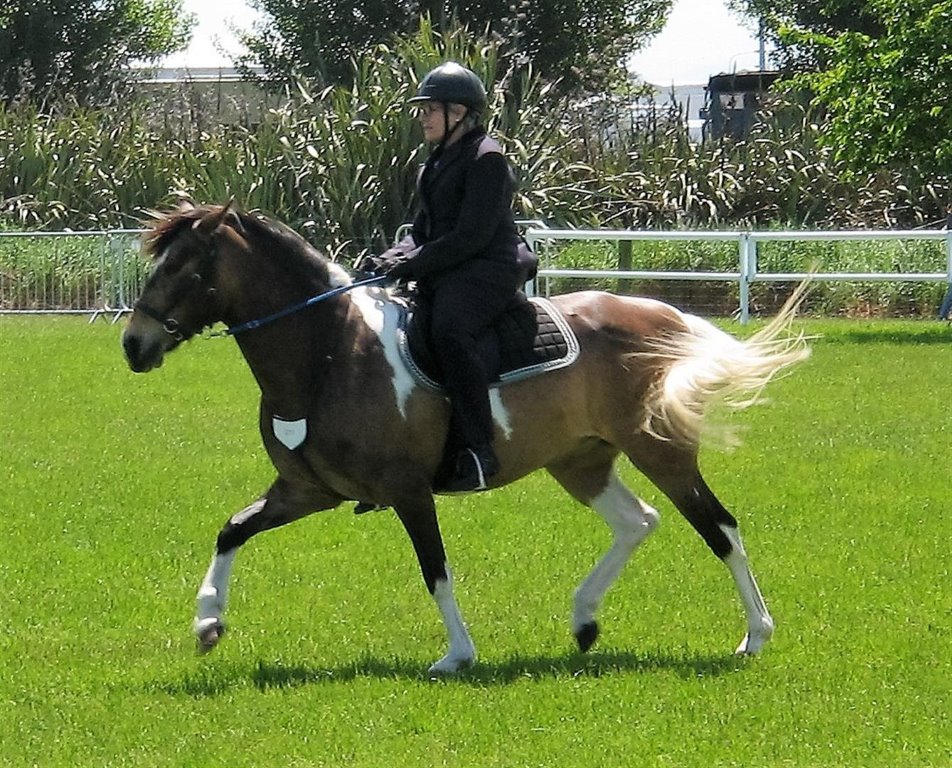 
Azafrán de Omega (2001) our palomino foundation mare is the dam of the four older purebred females (2007-13) shown above.  In December 2016 she had another beautiful filly by the stunning black Paso Fino stallion Primero Mercurio. Azafrán was imported from the Paso Fino stud “All the Queen’s Horses" in the USA.
Pasos are wonderful riding and trekking horses! The paso gaits are performed at (approximately) trot speeds in "paso corto" and canter speeds in "paso largo". However as the gait is four beat instead of two beat the ride is exceptionally well balanced.  Both legs on the same side move, one  just after the other (back one  first then the front one).  It is smooth with little up and down movement as when riding a trotting horse or side to side movement as when riding a two beat pacing horse.  As the movement is unsuspended and the rider is able to just sit to the gaiting, it is very easy to feel just as fresh returning from a ride as heading out!
The height of the paso breeds of horses varies between 13/2 - 15/2 hh and there is a wide variety of colours. Their ancestry is primarily linked to the Spanish Jennet (pinto and appaloosa coloured gaited) horses, Spanish Barbs and Spanish Andalusians which were taken to the Americas from the time of the Conquistadors in the 1490s. The horses hailed mainly from the province of Andalucía in Spain, as did the Conquistadors.  Paso Finos were developed primarily in Puerto Rico and then Colombia, and Peruvian (Paso) Horses in Peru.
These breeds are in separate registries as are the many other breeds of gaited horses within the Americas.
Azafrán had the first purebred Paso Fino born in New Zealand - Winnfarms Campana Bella (2007).  Cammie has since had her own beautiful purebred pinto colt foal by Alejandro de Vez on 14 November 2014.
Azafrán de Omega gaiting
February 2015
photo by Marina Steinke 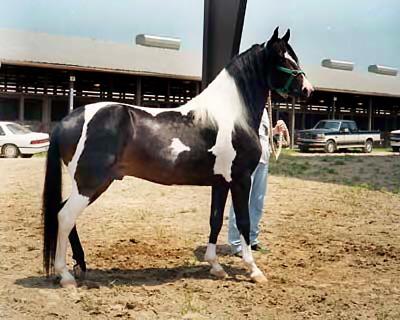 Santana del Cardo
Photo courtesy of Deborah McMahon-King
The Sire of our Five Purebred Paso Fino Females
Santana, Campana, Azahar, Pacífica, Miraflores, and Isla de Flores are examples of the Paso Fino breed which also fall into the category of the Spanish Jennet Horse - one of the foundation breeds.  Further information about the Spanish Jennet can be found at Spanish Jennet Horses .
View Santana in action at
International Horse Show
Santana Up Close and Gaiting
More information about Santana himself may be found viewed on the Stallions' Page at “All the Queen’s Horses”.  Sadly Santana passed away in 2005.

We are pleased to be able to offer the last remaining doses of the tricolour PASO FINO / SPANISH JENNET SANTANA DEL CARDO'S FROZEN SEMEN FOR SALE.  Santana was "Mundial" (World) Champion.  Maximum three doses per purebred Paso Fino or other breed of mare.  She must not be more than 12 years of age and a proven breeder.

These limited doses are NZ$25 each and the stud fee is to be paid to Deborah McMahon-King upon confirmed pregnancy.  The first pregnancy for the US breeding season of 1 February to 31 January of each year is US$625 with ALL subsequent pregnancies for that year to the same breeder to be US$500.

All breeding and associated costs are payable by the mare owner.  We are simply making provision of Santana's frozen semen which is stored at Matamata Veterinary Services.  It is understood that an experienced equine reproductive specialist will be used for the procedures.